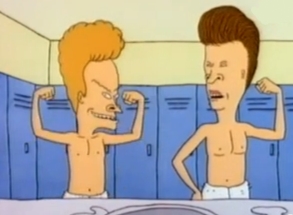 Wow, has it really been three weeks since my last post?  Well, nothing’s changed since then… and that’s part of the problem, I’m still a contractor, and will be until further notice!  This means I’m still living hand-to-mouth, as I was in my last job (but perhaps more so, as I’m earning a bit less), and still wondering what I’ll be doing in a month’s time.

However, I’m heartened by the fact that I got this job so quickly in the first place, rather than spending two damn months unemployed (and then only getting a job because my IT agency worked like dogs to find me something, almost as though they felt responsible); perhaps I’ve finally “made it” as an IT technical support type bloke.  Certainly they like me and appreciate my tireless efforts, such as replacing toner in printers and crawling under desks to sort out cabling… hey, it’s a dirty job, but someone has to do it!

I’d save money if I weren’t paying my personal trainer, of course (ooh, that reminds me, better pay him now), but now I’m committed to spending the next twelve weeks with him, seeing how much I can improve my physique; a bunch of us are doing this, and whoever is voted the best by the others will earn four free PT sessions.  Thus I feel compelled to try — but since I intend my improvement to be the final end of my spare tyre, it means giving up eating out and other junk food, so it should save me some money (comparitively speaking).

Eating out is something I very much want to rein in at the moment, as not only is it a major cost to me, it also means I hardly ever cook!  But since I have little alternative if I’m going out in the evenings, unless I want to Tube it home, cook dinner, and Tube it back out again (and public transport is my biggest unavoidable monthly cost after rent), it seems I have to, well, go out less.

It sucks, but I haven’t been to the Castle for climbing in ages, and I’ve not gone to yoga this evening (I also didn’t go last Tuesday, for reasons I’ll get to); I’m also missing out on the monthly Science Museum Late tomorrow night, and seldom go anywhere at the weekend.  I know, I should be staying in more in the run-up to my Server 2008 exam — if I don’t pass the second time around, I feel like I’ll have to give up entirely on IT as a career…

Another area where I feel like giving up… yes, it’s girl troubles, yet again — and just after the 17th anniversary of that day, which occurred on the same day of the week!  The desire to meet someone and get dates has been the driving force behind me going out in the evenings as much as I can since 2013, and recently I have met women at Monday night salsa dancing, but if I stop going to events after work, how will I keep this up?

I’ve been trying to date a Japanese girl in her early 20s (both aspects presumably making her a “princess”), who I met at a Japanese event, but she’s become increasingly hard to contact; I last saw her Tuesday last week, when I removed a nasty malware infection on her laptop, and all seemed to be going well… but now she’s flaking on me again, and didn’t even answer the phone to me earlier this evening.  Admittedly she could have been at work, but why not text me to say so?  She owes me dinner!

At least I have a date on Thursday night with someone with whom I connected via a mobile phone app (no, not Tinder, a different one), but simply getting to this stage has required a lot of patience due to her schedule (including a holiday, something I can’t afford to take at the moment).  If it actually goes ahead, I’ll be surprised… mind you, at least it gives me a good rationale for eating out.

(No, not in THAT sense, wash your minds out!)

As I said last time, it’s probably better to stay in most evenings at this time of year, when it’s cold, dark and depressing outside; at least I have plenty of things to distract me from studying, including a load of video games I’ve never had time to play.  I can always exercise in Wii Fit Plus, something I last did regularly in 2013, and if eating dinner away from home is an issue, I can make sure I go to the Castle for climbing at the weekend.

And hey, maybe I’ll write something here more often as well — for example, the kind of woman I want to meet (it’s notable that I’ve been attracted to women lately who didn’t match my “type”, oddly), and the job/pay rate/holiday allowance I want.  After all, how will I ever get the Law of Attraction working for me unless I state my desires to a vanishing group of strangers on the Internet? 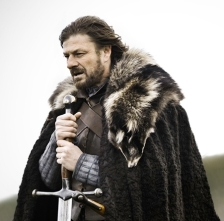 “Winter is coming” — yes, but you were lucky enough not to live to see it, Eddy boy

Ugh, it’s that time of year when summer gives up the ghost, and we begin the long slide to winter… and I’m already finding it cold, despite increasing my iron intake (thanks to kale)!  Maybe I’m just a southern pansy, but somehow anything less than 20°C somehow feels cold, especially if I’m at rest in my own room — and it’s early September, so it’s only going to get worse!

On the other hand, despite being the opposite of spring, this season has always been a time of year I associate with change and renewal — perhaps because it’s the start of the academic year, and even back when school sucked, it was still a time of interest and intrigue for me, due to new people, new opportunities, and some years a new educational venue entirely!  Although 1992 (starting school in Worthing) went horribly wrong, I had adventures going to new places in 1996 (undergrad), 1998 (exchange in Michigan) and 2003 (postgrad), and I’ve started new jobs in September before (including a temp job in Camden that turned into nearly nine years with the same employer!).

As it’s the start of the academic year, right now my best hope for a girlfriend is to find a naive college student who’s just arrived in London (preferably from the USA or Japan).  Thus more than ever I need to be going out to social events such as salsa dancing, and meeting new people… so naturally I’m coming down with a cold, as I always do this time of year.  Maybe it’s the equivalent of Fresher’s Flu, maybe it’s come from someone at my new workplace (plenty of people there coughing and hacking away), or maybe it resulted from my working on Saturday to help with an office move (and getting rained on) — but either way, once again it was preceded by relatively low feelings the night before.

Again, I’m left wondering whether depression is an early symptom of a cold, or an indirect cause in that it suppresses the immune system… and if the latter, was it caused itself by the change in the weather, as it starts getting cold and the nights draw in again?  Or, was I feeling glum at being nearly 38 and still single (as I did at nearly 37, nearly 36, nearly 35, etc. etc.), and did this thus make me susceptible to an illness which will severely impede my ability to do something about it (much as feeling nauseous in January 2012 over my housing situation made it much harder to go and see potential places to live)? 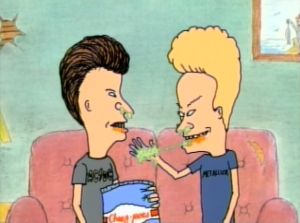 Or, hear me out here, or, was the Law of Attraction responding to my feeling that I should, at least until my repeat Server 2008 exam in October, be taking it easy in the evenings and studying instead of going out every night to salsa, yoga, climbing or other social events?  Be careful what you wish for… I know that whenever I get sick like this, I wish for the initial sore throat to go away, and when that happens, my nose turns into a snot tap and gets sore from the amount I need to blow it.

Never mind: at least if I’m home in the evenings, I can continue watching the classic satirical puppet show Spitting Image (all of which has been put on YouTube, apparently by the copyright owner) — not unlike how I watched the works of Kenny Everett and Lee & Herring in 2012 (here I go with the three-year cycle again).  Anyway, it’s actually a little worrying how much of the early stuff I understand, despite being a mere child when it was first shown in 1984; I didn’t even know about this “politics” thing until the General Election in 1987, when I took a dislike to Labour’s Neil Kinnock (solely because my folks have always been Tory voters).

Oh, all right: here’s a brief clip so you can all remember when Maggie Thatcher had more cojones than the men in her Cabinet…